The Most Important Role of Leadership 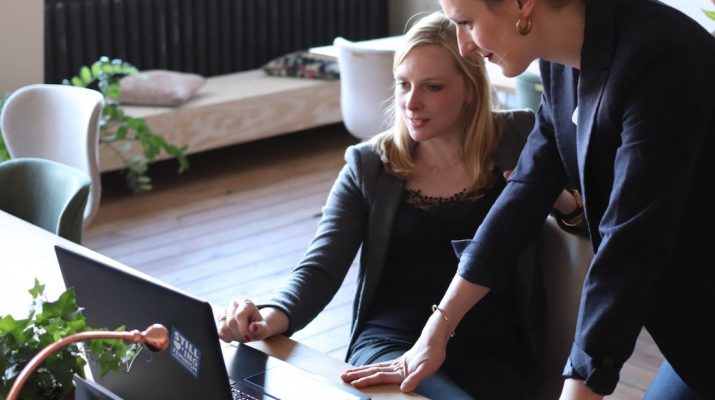 Leadership has been one of the most studied, tested, and observed personal characteristics in business in the last 50 years.

If there is any single category to place some of the most commonly read and analyzed self-improvement books, its under the blanket term of “leadership.”

This is not only due to the ease of publishing nowadays, which gives everyone the chance to make their ideas known and distributed in print, but also due to the inherent polarizations that leadership can imbue into the minds of people.

Leadership is always subjective. This is because a leader will look different to everyone based on the culture they find themselves in as well as the individuals that they lead.

This is why there are so many leadership books out there.

There is a lot to say, and a lot to argue against. And the things is…both make good points.

In fact, there is an entire book called The Dichotomy of Leadership, by Jocko Willink and Leif Babin, that seems to be dedicated to this concept.

The idea behind the book is that there is always a balancing act for a leader to maintain lest they risk falling off the proverbial balance beam and harming their teams with radical ideas or actions.

There is an almost infinite number of other paradigms for leadership to be mentioned here, but you can quickly see why leadership is so widely discussed, and so deeply philosophical.

A large part of leadership is ethics, but ethics in and of itself is merely a basis of values that naturally change based on cultural norms.

Ethics to me may look different from ethics in another part of the world. In fact, every war that has ever been fought can arguably be summed up to merely “a difference in values.”

Otherwise, why would we fight a war?

The Most Important Thing Leadership Can Do

The Most Important Thing a Leader Can Do

I was recently asked to write a submission for an article on leadership, and I had an interesting question to answer!

The question was, “What is the single most important thing a leader should do to lead in hard times?”

I really had to think about this one. Not because of the inherent subjectivity of leadership, but because so much of leadership depends on the situation, but I wanted to find an overarching answer.

I ultimately came to one conclusion, and I’ll give you a hint:

Providing a direction is NOT it.

That’s right, you heard me. Although I do think providing direction is important, I DON’T think it is the most important thing a leader can do.

I can already hear the screams coming through my computer screen.

Either way, here is the most important thing I believe a leader can do to ensure the ultimate success and effectiveness of their people.

It’s an interesting thought, isn’t it?

The idea that a “good” leader is one that actively tries to “work themselves out of a job” in a sense.

There is a single reason that I believe this is the most important aspect, and that providing a direction is NOT it. It is this:

Who is going to maintain the direction once the leader is gone?

While it’s true that good leaders are the embodiment of a “vision” they have, and that vision gathers followers, the reality is that a vision that tethers itself to the leader is doomed to fall once the leader has fallen.

However, the vision that tethers itself to a purpose that is carried throughout the hearts and minds of people becomes an entirely different force.

A leader may wage a war, but a common cause wages a revolution.

When it comes to a business setting, the leader of the organization cannot only provide direction. In fact, history has taught us that leaders that don’t work to instill a culture leave behind a broken and hollow organization once they leave the picture.

It’s not enough to provide a direction anymore, but converting followers into inspired leaders of their own is what ensures the livelihood of your ideals and the spirit of your values.

The easiest way you can become more active in converting your followers into leaders of their own is to avoid barking orders at all costs.

This is easy to do merely because it is easy to do. Put simply, barking orders is what most “leaders” do, if you can call them leaders at all.

True leaders are those that don’t just explain what to do, or even how to do it, but “why” you do it.

I mean, one of the most widely consumed and influential leadership book in (relatively) recent years has been Simon Sinek’s book, Start With Why.

You may be wondering why this is important, and I’ll tell you. Those who understand the “what” that they do, will ONLY ever accomplish the “what.”

However, those that understand the “Why” will do anything it takes to get there.

It sounds a little confusing, but let me explain.

Imagine your job was to flip a light switch. Ultimately, this light switch turns on a light somewhere, but you don’t know that. You only know “what” you do, which is to flip on a switch.

One day, you flip the switch, do your job, and the light doesn’t turn on. The boss who told you “what” to do is now upset because you are not being effective, even though you still “did your job.”

Do you see what I mean? Without understanding “why” you flip the switch, you won’t be able to ensure that any larger purpose is connected to your actions.

As a leader, this is paramount to your ability to ensure that your followers become leaders of their own.

Don’t explain the what or the how, explain the “why.” Tether the actions of each individual to the larger purpose so that they can see how they influence the success of the organization, and can inherently become more motivated to ensure that success.

Overall, this will make the largest difference in terms of having consistent and effective leadership in an organization, despite the presence of the leader themselves!

Imagine being in charge of an organization that is proactive and not reactive.

Imagine being in charge of an organization that is 100% autonomous.

Imagine leading an organization that can lead itself.

These are things every good leader wants because it ensures that the values and mission of organizational leadership is instilled in the minds of the employees also.

After all, your employees are the lifeblood of your business. Your followers are, by definition, what makes you a leader.

Although leadership in and of itself is a very subjective and arguable topic, I do believe I struck a nerve into the truth of what “good” leaders accomplish.

As well as the most important aspect of being a “good leader” itself.

If I had to summarize these points into a few sentences they would be these: “Good leaders don’t merely provide direction. Rather, they inspire each follower to take in that direction, make it their own, and translate their thoughts, actions, and ideals into the best interests of the followership.”

Without instilling a culture, the organization is doomed to suffer the hollow obscurity that comes with a lack of leadership when the original leader is no longer available.