The Guide to Entrepreneurial Productivity 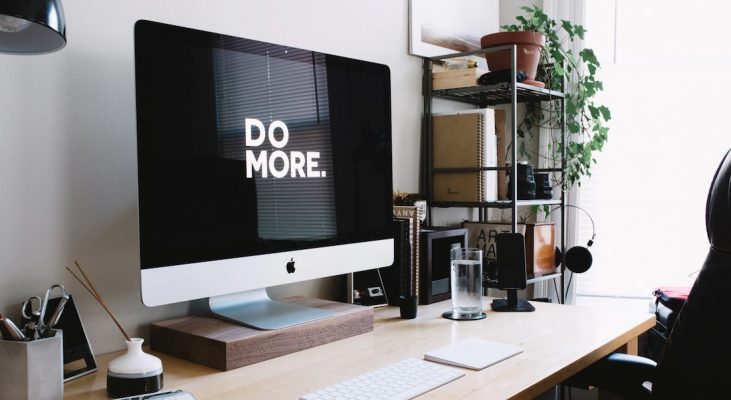 Most people feel as though they have an issue with productivity. In fact, I struggled with this issue for most of my life.

I constantly felt as though I needed to be doing more, and that nothing was ever enough, simply because I wasn’t where I wanted to be.

And most people simply want to be able to hold the valued title of “Very productive person”.

So today, we’re going to talk about how you can grab the reins of your productivity, and make your time much more effective! After all, productivity is just a measure of action over time!

First, we need to dispel some myths about productivity. EVERYONE is productive in some way or another.

The question is, are you productive enough in an area of your life that you feel makes the difference?

Feeling unproductive is similar to boredom. Believe it or not, you can be bored and still have things you need to accomplish.

Let me ask, have you ever felt bored but still had chores to accomplish? I definitely have!

The point is, everybody is productive in a way, but only those people who use that productivity in the ways that matter to them will ever feel productive.

Generally, people who have issues with productivity seem to embody a few characteristics.

People who procrastinate will tend to put off or ignore small tasks and large tasks alike. Generally for the sole reason of not finding value in the task itself, or not wanting to face potential failure.

There is also the overarching factor of immediate gratification that is becoming so prevalent in our society due to the internet and social media. I, personally, have avoided doing things for the sake of knowing that I won’t be able to complete them at once.

Oftentimes, people who can’t focus properly will feel as though they are spinning their tires while trying to be productive. This is because put in lots of effort across their wide array of tasks, yet can’t complete one until they complete all of them.

Completing a task yields a sense of accomplishment, but it can’t be done unless you focus on that task to completion.

And if the tasks that you must complete ARE the things that fulfill you (like they are with most entrepreneurs) than you are golden!

Generally, most people face an energy slump when they feel as though they aren’t productive. This slump further reduces the motivation that you need to carry on doing the things that need to be done.

So, what can we do to get past the procrastination, lack of motivation and focus?

It’s important to note that the following tips for productivity that I mention need to be implemented, not once or twice, but as CONTINUOUS habits.

Creating the habit of productivity is more important than having a small burst of energy which inevitably places you right back where you started.

So, without further ado, let’s dive right in!

Well, here’s the rub. Occasionally, to be more productive and actually create the habit of finishing things, you need to focus on FEWER tasks at first to ensure that you can develop the habit of actually FINISHING and not letting things go buy.

After all, without the habit of actually finishing your commitments, no amount of tasks you add to your daily, weekly, or monthly schedule is going to help your productivity.

In fact, they are going to hurt you.

So, for now you need to focus on less tasks, but complete those tasks with your ultimate effort and focus.

This can also be related to making fewer decisions (which can help you effectively prioritize and make better decisions) as well as avoid multitasking, which brings me to our next point.

It’s very easy to get stuck in the trap of believing that multi-tasking is directly equivalent to productivity. This is most certainly not true.

Multitasking can actually harm your ability to get things done, or at the very least, done right.

Think of it this way, people who attempt to do many different things at once are usually only able to half-*ss most of them.

Put simply, the lack of focus on a single area or task is going to disrupt your thought-patterns and affect the way that all your tasks are completed and to which degree of quality they are completed.

You don’t need to be inspired to take action. Period. In fact, it’s better if you AREN’T.

Because what happens when you don’t see the immediate results of your efforts, and you AREN’T inspired any longer? You’ll give up.

The truth is (and what every successful person knows), is that inspiration is only good for something in the beginning. But creating the HABIT of follow-through is what makes you successful.

Follow-through is your ability to do something, even when you don’t want to. In terms of productivity, this habit is the holy grail.

After all, if you are willing to do things you don’t want to do, you’ll never have to suffer from procrastination or a lack of motivation.

And that can make ALL the difference to your success over the long term.

Bruce Lee once said “(success) it’s not the daily increase, but the daily decrease. Hack away the unessential.”

There are two things you can do to get more done: 1) Take more meaningful action, and 2) Limit the distractions.

2 naturally leads back into 1.

The point is, taking more action only helps when you are sure of your ability to finish and resolve the task. Limiting the distractions around you helps you do exactly that.

In the book The Power of Habit, by Charles Duhigg, he mentions that a habit can be broken into 3 logical steps.

A Trigger: This prompts someone/something to action.

A Response: This is the action that someone or something takes in response to the trigger.

And a reward: What someone/something gets for taking that action.

To be more productive, it may be as simple as recognizing which trigger causes you to get to work, and repeating that trigger throughout your daily routine.

Try and find patterns in your routine and map out where your mind goes during these points in your day, see if there are any correlations between something that causes you to begin your work or take action of some kind!

Ultimately, keeping yourself productive as an entrepreneur is about the following things:

– Doing LESS, but doing it RIGHT
– NOT multitasking to get things done quicker.
– Developing FOLLOW-THROUGH, and not relying on inspiration.
– Limiting your Distractions
– Finding your action “triggers”

I hope I was able to help make you more productive today!

I’m currently searching for beta-readers for a book titled Kick-*ss Content Marketing! If you’d like to help me create an awesome book then please let me know by following the link HERE!

I look forward to hearing from you!