Polarization: How Your Brand Can Stand Out From The Crowd 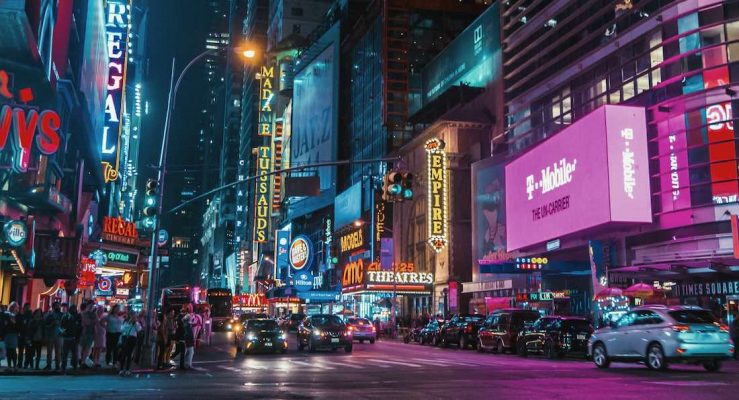 What I’d like to discuss today is polarization. Polarization is, essentially, the willingness of a brand or business to take hard and fast stances on certain topics that possibly divide or further niche their audience.

To an extent, polarization has likely already been used in your business, for example, when you first decided what you would sell!

In that way, you divided and niched your audience by choosing a particular stance. However, the true question behind polarization is whether you should take a controversial stance on a subject.

And here we get to the root of the issue.

Why is it that the most successful media companies are the ones that stand at opposite ends of the political spectrum?

As my father would succinctly put it, “Fox is right of Reagan and CNN is left of Lenin.”

Why is it that the most controversial candidates often win the presidency?

Why is it that the entropy of the universe naturally causes balance to fall into disorder?

Perhaps that last question was too outrospective, either way, polarization is obviously a working force around us with many visible consequences.

And because there is so much noise in the world today, the only ones we filter are the ones that can produce (and justify) the most wildly chaotic or intriguing headlines.

This is why the truth is so often misguided, to balance your diction along the thin wire that is “truth” is to forgo any of the controversial, interesting, and compelling reasons to engage with content anymore.

This is why we begin to see more and more businesses position themselves and polarize their images alongside social issues, despite the fact that they may have no connection to the cause or even the effect of these issues at all.

In other words, the “average” is boring, and what is polarized can be spun to become interesting.

In the book, Expert Secrets, by Russell Brunson, he mentions that the more away from average something gets, the more attention and following that something earns.

It’s as if a reverse bell curve is put into place that rewards people for taking stances on controversial topics and shifting the light of what people think or believe.

On the X-axis is the amount of polarization you do, the large dip is the “average.” The y-axis is the level of following you gather.

Why does this occur?

It’s actually rather simple, the answer is in something Tony Robbins calls a “pattern disruptor.”

A “pattern disruptor” is an unusual or new way of thinking (often forced onto the subject) that shifts their paradigm about how they believe in the world by presenting new or compelling reasons to believe in it.

In fact, I’ve used this very “pattern disruptor” myself in many cases. One example of which is my blatant disregard and disinterest in the traditional view of “potential.”

Many people believe “potential” and “hope” are good things, while I disagree.

Why does a person want potential when it is defined as something you HAVEN’T achieved?

Why should a person rely on hope when they have more internal POWER to change their own circumstances than they give themselves credit for?

Thinking this way has gotten me a good deal of press, it’s because I blatantly disrupt the “norm” and go against what most people believe.

This is why Trump won the presidency. Whether you agree with him or not, he was so controversial and, in this way, used polarizations to gather a following to the point of his election.

I do want to clarify, your brand does not need to be polarizing to the point of ethical scrutiny, but you should try and implement a belief or culture in your band that “thinks for itself” so to speak.

Your brand needs to contain a voice, without one, you belong to the noise and not to the minds of consumers trying to relate to a mindless, unidentifying, and “average” message.

Who wants to BE those things?

That is how you find your voice.

What do your consumers want to BE? Then capitalize on that discovery.

They were able to clarify and polarize their message to speak directly to the group of people they wanted to.

They didn’t confuse their audience, they didn’t appeal to the “average” out of fear of reducing their potential market, they appealed to the internal desire that is present within every person to believe they are unusual, different, and special.

The truth is, for your brand to be successful, you need to stand for something. You need to instill within your brand the will to be different and to communicate that difference proudly to establish a consumer base that willingly identifies their own personal selves to your brand also.

How often do you see people identifying with their apple computers? Or their MAGA caps? Or their Coca Cola T-shirts?

It’s because these brands (and yes, Trump can be chalked up to a “brand”) advertise themselves as ideals that their following support and not merely as “products or services.”

This is why so many brands out there are currently polarizing their messages.

How often have you seen brands stand with a community only AFTER they have been called to?

Whether these organizations would have ever polarized themselves this way without being put into the spotlight of public opinion is a mystery.

That being said, there is undeniable power in choosing a voice for your organization, one that is focused on idealizing the lives of your consumers, and how your brand reflects that livelihood.

In the book, Building a StoryBrand, Donald Miller mentions that all consumers want to do is buy products that directly relate to their ability to survive.

Whether that product or service helps them make more money (resources), time (also resources), Status (social belonging/power) or more, this is what a brand needs to communicate.

I can guarantee you, Gucci brand shirts do not “work better” than a $15 bargain shirt that I can buy at Walmart.

But it’s that status of what that shirt says to others that makes up the reasoning and justification for its purchase in the mind of consumers.

Similarly, as marketing consultant, I do better to relate my efforts to the overarching benefits of an organization as opposed to the minutiae.

Do you absolutely love your work? If so, you’d surely keep going to work without them paying you for it, right?!

These simple questions help put the world and our actions into perspective. We do what we do because we want to climb up the pyramid of Maslow’s hierarchy of needs. That’s all.

I’ll leave with one last saying regarding this phenomenon by Zig Ziglar.

“You can have everything you want in life, if you help enough other people get what they want.”