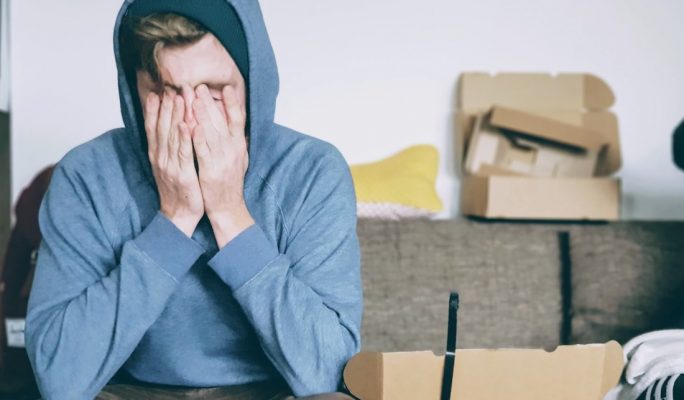 Everybody faces instances in their lives where they feel like there is too much to do and it all has to be done quickly. In other words, they feel overwhelmed.

That is to say, people can feel overwhelmed rather easily. Much more easily than they actually become overwhelmed and are unable to finish all the tasks at hand.

For the sake of today’s article, we’ll be discussing how to avoid feeling overwhelmed, since that makes up about 99% of the cases of “overwhelm” that occur.

This is because being overwhelmed means that your tasks go beyond the realistic amount of time required for their completion. However, feeling overwhelmed is usually the result of an internal comparison between your day-to-day tasks and an immediately pressing workload.

.It’s important to note that feeling overwhelmed doesn’t mean that the tasks are impossible, only that you are unused to performing as many tasks in a short amount of time.

Therefore, we can deduce that feeling overwhelmed is resolvable to a degree by simply altering the mindset that we use to define the pressing matters at hand!

It may be as easy as viewing those matters in a different light or time frame for us to see them as entirely achievable and even realistic!

Ultimately, I’d like to give you 5 of my best tips for avoiding the mindset that comes about from “overwhelm” and how you can view your tasks in a different, and more achievable, light!

So, let’s dive right in!

Determining whether the tasks that you have to accomplish are actions or mere references will help you immediately sort through, end eliminate, most of your workload.

Essentially, you must define the tasks that you have pressing on your mind in terms of actionable, or NOT actionable.

What are the most pressing tasks to you, or the ones that require you to take action before their subsequent completion? Oftentimes, we will have much to do that isn’t actually our responsibility, and must first be initiated before our actions become necessary.

For example, I know a lot of people who worry about their part in a project before their actions are even necessary. Do you do that?

Recognizing these small instances of actionable vs. inaction-able will help you better cut down and put into perspective the responsibilities that are pressing on your immediate timeframe.

“Stacking” tasks is when you fail to separate each task into its individual components and therefore “stack” them on top of other tasks.

Let me give you a visual to better drive this point home!

Those papers on your desk – do you separate each of them and keep the individually related pages together, or do you just throw some on top of the others?

I’ll be honest, I do this a lot, and it’s not helpful for avoiding the feeling of overwhelm.

Essentially, by staring at a large stack of papers on your desk you visualize the workload as being monstrous, and never ending.

In other words, you fail to separate each task into its base components and visualize them as achievable and realistically do-able.

A large part of this has to do with our desire for immediate justification. Visualizing a large stack of work means that we don’t feel our efforts will be rewarded (or completed) any time soon, and therefore, we avoid taking action to complete the tasks.

Try to keep your work separated into flat layers that make the overall effort seem less daunting and more achievable. This small point alone will aid you in prioritizing your work as well as putting the overall amount of work into perspective.

This brings us to our next point.

EVERYONE was expecting this one! prioritizing is one of the most important factors in avoiding the feeling of “overwhelm”. Essentially, if you don’t prioritize, you are setting yourself up for failure from the beginning.

Prioritizing your work is about taking the tasks that you already sorted into actionable and not actionable and further boiling them down into the most important and pressing matters at hand.

As a result, your efforts become more effective relative the amount of time you have because you will be using that time to produce the most amount of value.

Consider this, overwhelming circumstances are those that present confusion to you about which actions to take next. By boiling down those actions into the immediately “actionable,” (like we did in step 1), you can now begin to worry about the most pressing and important parts of those actions.

This allows you to decide a prominent direction for your efforts.

Prioritizing your work is ultimately about defining which tasks that you can complete result for the most immediate benefit in terms of usefulness to your overall goals or situation.

By prioritizing those tasks, you can always determine which direction to use your time and energy.

Occasionally, you will feel overwhelmed not because you don’t know what to do, but because there is an overarching or large task that puts you off of the process itself.

Uncovering the “overwhelming agent” is about taking a look at the task at hand and determining if there is a specific part of the task that throws you off your course of action.

For example, if my task was to write a blog post, but I hated the process of logging into my blogging software, then the entire course of action could be at the detriment of the ease (or unease) of logging in.

This not only encourages you to take action, but the process itself of identifying and remedying these issues is a good habit to have because it enforces the immediate action of easily resolved problems.

Uncovering the “overwhelm agent” is about defining and reducing the parts of a task or process that specifically put you off from doing it.

Nobody is perfect. We know this.

But trying to be perfect all the time is likely doing more harm than good for you and your ability to avoid feeling overwhelmed by tasks.

I totally get it, this point speaks to me really well because I am a perfectionist.

As perfectionists, we often feel that everything must be 100% accounted for, squared away, approved, and…well, PERFECT, before we can submit something or “wash our hands” of a task.

The problem with this is, trying to make something perfect is a LOT of effort, and usually not worth the time and energy involved.

IN fact, there are instances where coming across as “perfect” can negatively influence you or your organization! For example: Content marketing!

In content marketing, as described by Mark Schaefer, “The Most Human Company Wins.” And along with being human, mistakes are made.

Essentially, trying to make everything perfect simply inflates the perceived amount of effort and time that is required to produce something or finish a task. This alone makes each and every task much more intimidating and mentally aggravating.

Overall, perfectionism almost always means overwhelm at some point or another.

Ultimately getting rid of the nagging and often misunderstood “overwhelmed” feeling is about better defining, prioritizing, and chipping away at the actionable tasks you have.

Here are the quick 5 steps!