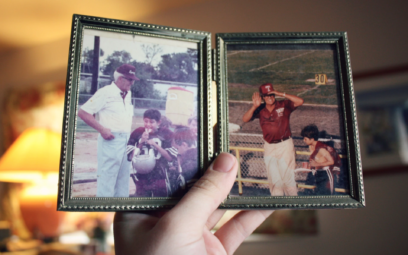 Although this concept has been toyed with before, I don’t believe it has been used on the effective level at which I found it most beneficial to me and most people I inform of it.

Have you ever heard a song that triggered such feelings of nostalgia and resurrected memories within you that you thought must have been long gone by now? Perhaps you forgot those memories or instances in your life even existed until you heard that song. Or, on a smaller scale, maybe you say things like “It doesn’t feel like the holidays until I hear Mariah Carey’s All I Want for Christmas is You”.

These sights, smells, sounds, tastes, and feelings act as keys that unlock doors in the brain that have been closed due to neglect. This neglect consists of your withholdings of personal remembrance and constant reminders of the emotions and feelings that those memories were associated with.

What is the Use of Nostalgia?

What if I told you that you can take these keys and open up doors for the future you, in order to reach your true potential? Sounds mystical, right? Not at all.

The truth and effectiveness of what I call “Conditioned Nostalgia” is in the principles of the factors that cause nostalgia to exist in the first place. It is a way to reconnect lost feelings and circumstantial memories (and more importantly, actions) through the appearance in current similar circumstances. The difference between conditioned nostalgia and habit is that conditioned nostalgia is consciously used through personally associated, seemingly unrelated, circumstances. Habit is usually a reactionary measure to external stimuli.

This is a simple and effective process for giving the future you a boost towards productivity and positive nurturing behaviors. You are, in essence, “setting yourself up for success.” The best part of conditioned nostalgia is that it can be used at any time, through any association within yourself. It is entirely internal and requires no external and non-controllable stimuli to effectively employ.

You are all you need.

Here’s what you have to do.

1) Decide on a simple set of circumstances that, when repeated, will produce an effect that you can control within your mind or actions.

2) Repeat this simple circumstance (and resulting action) until it becomes a behavior so prominent and mutually associated that, in your brain, these actions are now relevantly related (even if they aren’t at all truly connected and/or necessary for the other to occur, this is your mental association)

3) Whenever you feel you must complete the desired action, benefit from your focus by creating the circumstances around it.

For example, I found that I could not focus on working on these blog posts due to all my nearby distractions. So, all I did was slide my desk perpendicular to its original position (1. Decide on Simple Circumstance) and tell myself that whenever it is like this I will force myself to be productive by working on these posts for a full hour (1. Decision on the resulting effect of circumstances).

Once the hour is up, I slide the desk back.

I did this for months (2. Repetition of circumstance and resulting action) until it became a habit and I was able to focus whenever the desk was like that, despite having all the same distractions. It was my most productive hour of the day.

Funny enough, I found later in my life with a new desk in a new room that if I became distracted and moved the desk, I could concentrate (3. Creating the circumstances that resulted in desired actions). Even after years of not utilizing the technique.

This is the power of Conditioned Nostalgia and habitual thinking.