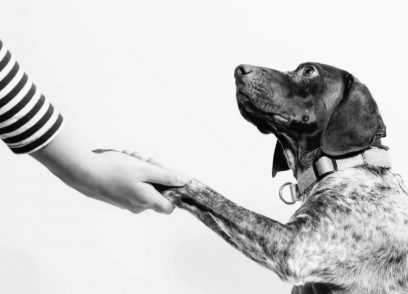 Trust is often deemed the single most important and significant characteristic of any successful organization. Without trust, productivity decreases, communications cease to become effective, and decreased profitability is soon to follow.

This begs the question: Why is trust so important? And, if trust is this important, why is it such a common issue within most organizations?

Trust is often overlooked merely because it is almost impossible to quantify. Most managers and senior leaders feel as though trust is difficult to attain because it can’t be measured, and therefore, it is useless to attempt to build upon organizational trust with dedication.

Another reason why trust may be glossed over within an organization is because building trust is HARD WORK. It takes time, consistent effort, and the willingness to constantly evaluate and improve both your teams and yourself as a leader.

Today, I intend to discuss what I’ve found to be the 5 pillars to creating trust within an organization. With this knowledge, and the willingness to integrate it, your organization can grow by leaps and bounds over the competition and your former selves.

Here is why you should read this article and integrate trust within your organization:
1. Meaningful social connections.
2. Lower levels of stress.
3. Increased creativity and problem-solving.
4. Better relationships among teams.
5. Heightened personal accountability and dedication.
6. Increased trust and open-mindedness.
7 Increased Optimism.
8. Increased employee engagement and excellence.

What most of these points lead to is the ability of an organization to be much more productive, efficient, and profitable over the long term. The difficulty comes in truly and purposefully working on yourself as a leader, maintaining consistency, and encouraging risk-taking for the benefit of psychological safety.

The 5 Keys to Building Trust

Without further ado, let’s dive into what makes trust within your organization tick, and how to build upon the trust you have to create great momentum and growth.

Consistency is your ability to deliver the same predictable pattern of behavior over time. Usually, consistency relates to statistics, logic, or fairness; in which is the key to building organizational trust!

Fairness and expectation is where the magic happens. Your employees are used to working each day under your current style of leadership. You have already shown consistency in an area that is either good or bad for building trust within your organization due to your current behaviors.

Having positive consistency as a leader means demonstrating a changed belief in the people you work with. It means aligning your goals with the vision of the organization, and establishing those goals within everything you think, feel, and do.

Have you ever spoken with someone whom you felt had intentions other than what they were stating? You probably noticed that they were inconsistent in their message, actions, or beliefs. True consistency is when your underlying intentions match the “you” that is presented to others.

The good thing is people don’t need to match your beliefs perfectly in order to trust you! Seriously! For example, wouldn’t you rather trust a person who consistently presents their genuine self and beliefs, despite whether they oppose yours, or would you trust someone whom you feel always has something hidden?

Trust comes from consistency in the sense that people know what to expect and feel comfortable from you. Fairness is the key here. If you reward someone for something, but punish others for the same thing, you become inconsistent and wholly untrustworthy.

People who feel that dealing with you is a crap-shoot between good and bad will do so reluctantly and without trust. Most people are accustomed to what they know and feel comfortable with. If dealing with you feels like a risk, they won’t enjoy it!

Ask yourself: Have I ever shown inconsistency to my team or employees? Does having a “bad day” for me mean I treat others differently or undeservedly?

Becoming aware of your inconsistency as a leader is a great way to grow both yourself and, ultimately, your organization!

Strive to act the same way towards everyone, everyday, at every time. And do so positively, being consistently negative with your interactions with people will only make you appear to be the person other can rely on for being a grouch!

“The rate at which you learn and progress in the world depends on how willing you are to weigh the merit of new ideas, even if you don’t instinctively like them. Perhaps especially if you don’t like them.” – Shane Parrish

Having an open mindset is critical to, not only trust, but effective leadership in general!

Being open minded means having the ability to check your ego at the door and consider perspectives from people that others might deem “below you” in some form or another.

Open-mindedness is what I call the suspension of ethos. Ethos, being the argumentative skill for ethics within the Pathos, Ethos, and Logos triangle. Essentially, open-mindedness is the consideration of truth or new ideas regardless of the source it derives from (and your relation to the source).

The reason open-mindedness breeds trust is because you are more willing to consider and genuinely listen to those within your organization, despite their level or expertise. Imagine the commitment you could attain by having every person feel considered and heard.

Have you ever gotten into an argument with someone who, despite all effort and evidence, refused to consider your perspective? It’s frustrating, isn’t it? Imagine how an entire organization would run in that state of frustration and closed-mindedness. It would be a wasteland, devoid of commitment, productivity, and engagement, but high in turnover.

Aristotle once said, “It is the mark of an educated mind to be able to entertain a thought without accepting it.”

Leaders who are open-minded and demonstrate that strength to their teams develop internal engagement and commitment on an unprecedented scale. Not to mention the natural benefits that arrive from that style of thinking! Those benefits include greater creativity, problem-solving skills, and formation of best-practices, all because you considered differing perspectives and formed your decision around the collective thoughts and experiences of your organization!

Can you possibly develop trust by lying to others all the time? Sounds like a dumb question, doesn’t it? It is, because the answer is a simple and resounding, NO.

Honesty is an issue that arises with consistency. Being dishonest means that you often lack the alignment between your values and the values you present to others. The result is distrust and, often, broken-relationships.

Honesty has a duel-effect on an organization’s ability to breed trust among people. One way honesty builds trust is by ensuring that leaders are accountable and take responsibility in times of hardship, the other way is the leaders ability to act as a role model for others within an organization.

Leaders who take accountability for their actions and responsibility are trustworthy. That is because it is recognized that they are NOT trying to protect their ego. Instead, these leaders do their best to be honest, upfront, and learn from failure (the perfect sign of open-mindedness and honesty).

Leaders who present the notion that it is ok to take responsibility for your actions will develop trust within their teams. Why? Simply because the teams know that they are under the leadership of a person who recognizes the value and necessity of taking risks, being accountable, and learning from failure.

I would much rather try my hardest to succeed, as opposed to simply try and avoid failure (as most people do), if I know that my efforts will be accounted for and consoled by a leader who recognizes their own imperfection and failures also.

After a meeting, Dalio received a scorching email from one of his subordinates regarding his poor performance and lack of planning for the meeting at hand. Dalio immediately forwarded the email to all people within the organization and formally thanked the person for the feedback! He had demonstrated the ability to set aside ego for the sake of improvement and trust. Dalio sought to enforce the notion of transparency and truth within the organization. This led to greater levels of trust and open-mindedness throughout the entirety of the organization itself.

It is no secret that, for someone to trust you, you must demonstrate an ability to act in the way that matters within an organization. The only way to do this is to have competence.

Competence differs from person to person based on skill set, strengths, and weaknesses. The reason competence is important is because it breeds confidence in leadership. Much like consistency, employees do not want to work for leaders whom display an inability to perform their own duties well.

Employees want leaders who have what it takes to guide the organization towards the desired future. Only when leaders display competence can they manage the organization and begin to develop trust from their teams.

Leaders must demonstrate an ability to lead and inspire. It is as simple as that. Competence is, naturally, the ability for someone to perform at a certain level that is worthy of trust and reliance from others.

The key here is reliability. Are you reliable in your daily life? Do you say something but do another? Have you ever made promises you couldn’t keep? It is a debilitating way to live to consistently be in fear of letting others down.

Demonstrating that you are a competent leader, willing to take the reins when need be, but also willing to listen and respect the work of others is part of developing a trustworthy and winning team. Everybody wants to be on a winning team.

I’ve said it before, but building trust takes time and effort. It is an exponential process. Just like compounding interest, trust will not flood the gates once you develop the discipline to consider others and become consistent. But, once enough effort and time has passed, a trusting and trustworthy team will run circles around any other.

Discipline is the key to getting started. It is, in essence, the nature of you to do something you know benefits you even when you do not want to do it. No person will tell you that more exercise is bad for you, but few people regularly exercise!

Discipline is demonstrated to the tea as the leaders ability to do what’s hard for the sake of the greater good. Much like honesty, discipline is naturally found in difficult times, not easy ones. In fact, I often say that combining discipline with honesty is the formula for organizational integrity; it is the ability to admit your mistakes in hard times for the sake of others.

Discipline will help you practice the other 4 points for trust, as well as demonstrate your willingness to do the hard things and set an example for your employees.

All in all, there is no getting away from the fact that trust is an essential (if not the most essential) part of business. Trust is hard to accrue, but obvious once it appears. It is the ability for employees to be creative, take risks with the goal of propelling the organization forward, and become more of a family than a workforce.

Stephen Covey, the author of The Seven Habits of Highly Effective People and The Speed of Trust, says ”There is one thing that is common to every individual, relationship, team, family, organization, nation, economy, and civilization throughout the world – one thing which, if removed, will destroy the most powerful government, the most successful business, the most thriving economy, the most influential leadership, the greatest friendship, the strongest character, the deepest love.
On the other hand, if developed and leveraged, that one thing has the potential to create unparalleled success and prosperity in every dimension of life. Yet, it is the least understood, most neglected, and most underestimated possibility of our time.
That one thing is trust.” – Stephen Covey, The Speed of Trust..

Work With Austin
Here is a related article on trust!
For more blog posts, click HERE